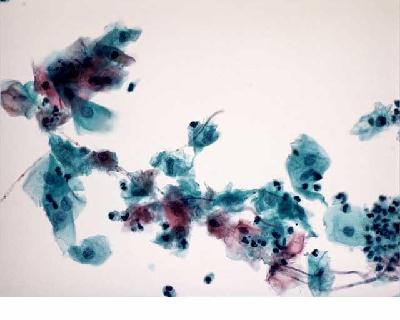 Diagnostic tools for gynecology – For any treatment to be successful, there first has to be proper diagnostics.  The following is a list of some of the most common diagnostic tools used by doctors today and what they might mean.

As one of the most widely used diagnostic tools in gynecology, ultrasounds are similar to x-rays in how they measure anatomical structures.  They are often used in charting follicle development and growth in infertility, they show ectopic pregnancy, and fetal size, growth and position.  They are often used to show position of an intrauterine device (IUD) and show the presence of all kinds of masses, cysts and tumors. Laparoscopy is another of the diagnostic tools for gynecology.  It has been used widely in gynecology for both diagnosis and treatment. The objective lens of a laparoscope can be positioned to allow wide-angle or magnified views of the peritoneal cavity. Laparoscopy is the standard method for the diagnosis of endometriosis and adhesions. It is also a tool to check for leiomyomas and small cysts in the ovaries. Laparoscopic surgeries include: tubal surgery (sterilization, entopic gestation), ovarian surgery (ovarian masses, oophorectomy, cystectomy), uterine surgery (myomectomy, hysterectomy), infertility, endometriosis, and pelvic floor disorders. 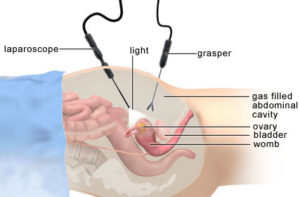 Diagnostic hysteroscopy is considered the optimal method for assessing all cases where visualizing the cervical canal or uterine cavity will improve diagnostic accuracy and guide therapeutic management. It is in the field of improved diagnosis that hysteroscopy has made the most significant progress, mainly because the ability to use fine diameter instruments makes it feasible to avoid both anesthesia and cervical dilatation. The procedure may therefore be performed in an outpatient setting without the need for hospitalization. Diagnostic hysteroscopy can provide information that cannot be obtained by blind endometrial sampling. In most cases, the additional findings visible with hysteroscopy are endometrial polyps or submucous leiomyomas. The principle advantage of diagnostic hysteroscopy is that structural anomalies (congenital or acquired) are more easily detected and defined. Potential indications for diagnostic hysteroscopy are unexplained abnormal uterine bleeding (premenopausal, postmenopausal), selected infertility cases (abnormal hysterography, unexplained infertility), and recurrent spontaneous abortion cases.  You might notice that the hysteroscopy picture looks quite a bit like the colposcopy picture (last test mentioned in this article).  The difference here is that the hysteroscopy looks into the uterus while the colposcopy looks at the cervix. 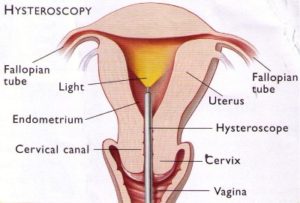 This is also called dilatation and curettage (D&C). During a D&C procedure, the cervix is dilated (widened) to allow the insertion of an instrument called a curette into the uterus. The curette is used to scrape lining of the uterus (endometrium) and collect the tissue from inside the uterus. It is sent to a Lab for diagnostic examination. It is mostly used in infertility cases, abnormal uterine bleeding cases,  or cases with suspected uterine endometrial cancer.

This looks for a special hormone in the urine or blood that is only there when a woman is pregnant: human chorionic gonadotropin (hCG), can also be called the pregnancy hormone.

This technique, similar to a Pap smear, involves scraping a suspicious lesion and smearing the collected tissue onto a slide. The sample is stained with a dye so the cells can be seen under the microscope. The test counts the number of epithelial cells, and how thick the floor cell layer is which tests the influence of the estrogen hormone. It is another diagnostic tool for gynecology that is used to check for cancer cells. This test is mainly used for dysfunctional uterine bleeding, amenorrhea and vaginal cancer. 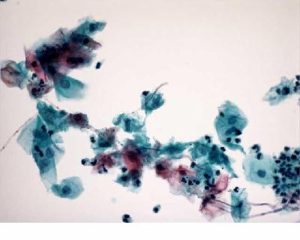 This technique is used to check for cervical cancer, a pre-invasive disease of the cervix (cervical intraepithelial neoplasia (CIN)). The cervix is scraped around the suspected lesion with a spatula or brush and the sample is smeared on a glass slide or rinsed in a liquid-based preservative and sent to a cytologist for cytological assessment. 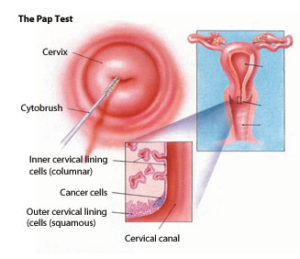 Cervical mucus is a jelly-like substance produced by tiny glands in the cervix called cervical crypts. The mucus changes predictably and cyclically during the menstrual cycle. During the first half of the cycle before ovulation, when estrogen is produced in ever increasing amounts, the mucus made by the cervical glands is watery and copious. After ovulation the quality of the mucus changes due to the corpus luteum producing progesterone. Mucus produced under the influence of progesterone is thicker, stickier and less in quantity.  The cervix and its fluids are examined daily from about the tenth day of the period. The mucus is graded for its amount, its stretchability (spinnbarkeit) and its ability to fern. For the ferning test, a small drop of mucus is placed on a glass slide and allowed to dry. It should crystallize, forming branches which look very like fern leaves. These grades are added to give a mucus score. Healthy cervical mucus is profuse, very stretchable (up to 10 cm in length) and ferns easily.

A simple example of the diagnostic tools used for gynecology is taking one’s temperature. The temperature is taken first thing in the morning before getting out of bed or even speaking.  BBT is lower during the first two weeks of the menstrual cycle, prior to ovulation due to the presence of estrogen. Typically it will range from 97.0 to 97.5 degrees Fahrenheit. Immediately following ovulation, there is typically a rise of at least 0.4 to 0.6 degrees until the time of the next menstrual period, indicating ovulation has occurred.  The occurrence of ovulation in a menstrual cycle results in a diphasic BBT chart, otherwise the chart is monophasic. 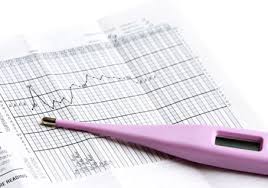 This measures levels of sex hormones including estrogen, progesterone, follicle-stimulating hormone (FSH), luteal-stimulating hormone (LH), prolactin, and testosterone. Hormones are tested to determine normal secretion of these hormones, and to evaluate sexual maturity, menstrual problems, fertility problems in females, or tumors that excrete estrogen. In pregnant women it aids in determining fetal-placental health. 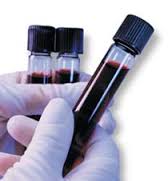 Also known as HSG or Uterotubogram is a specialized X-ray of the uterus and tubes. An HSG is done at an X-ray clinic just after the menstrual flow has just stopped – usually on Day 6 or 7 of the period, at which time the lining of the uterus is thin. After being positioned on the X-ray table, the doctor places a cervical cannula or a balloon catheter into the cervix. A radio-opaque dye (a liquid which is opaque to X-rays) is then injected into the uterine cavity. This is done slowly under pressure, and pictures are taken – preferably under an image intensifier. The dye passes into the uterine cavity and then into the tubes and from there into the abdomen.  At least 3 films need to be taken to provide a reliable record – including an early film for the uterine cavity and a delayed film to make sure the abdomen is spill free. 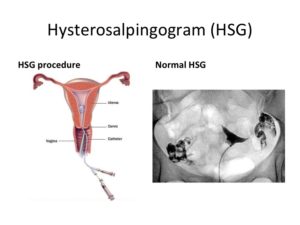 This is often used to check if intra-abnormal hemorrhages exist in order to diagnose ectopic pregnancy or ovarian hyperstimulation syndrome. A needle is passed through the cul-de-sac. 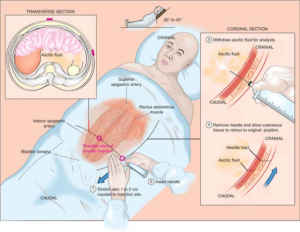 These have some significant advantages over manual or digital exams. Use of this instrument allows for detection of large lesions and those that are a different color than the vaginal walls.  You might have noticed that the colposcopy picture looks quite a bit like the hysteroscopy picture.  The difference here is that the hysteroscopy looks into the uterus while the colposcopy looks at the cervix. 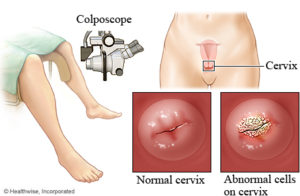 There are many tests that Western Medicine has to help diagnosis.  As Chinese Medicine Practitioners we can always use any information gleaned from Western medical tests.  We also use palpation an body constitution symptoms to diagnose, treat, and naturally heal the body.  Better yet, Chinese Medicine aims to heal the WHOLE body, working through prevention and decreasing the risk of reoccurance.