What is Traditional Chinese Medicine and How Does it Work? 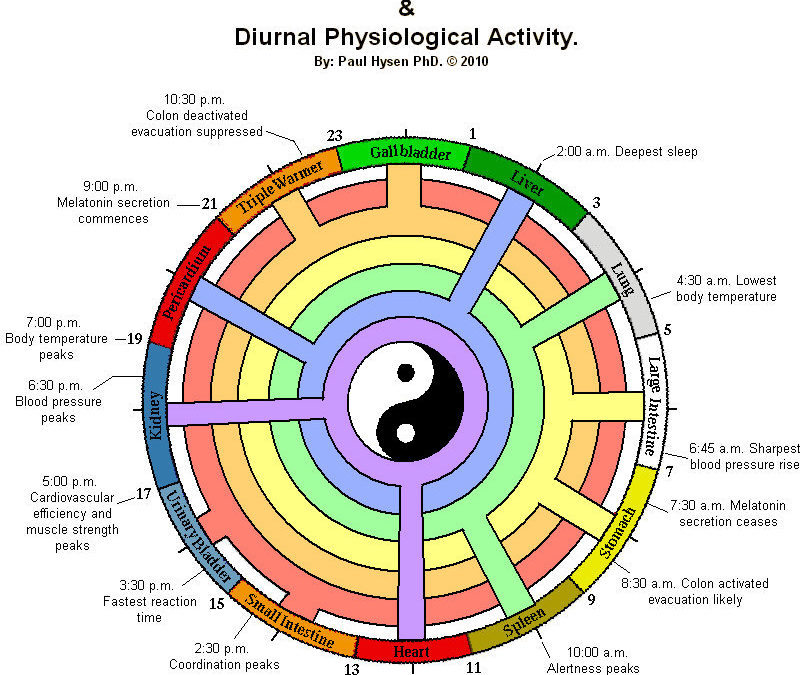 Two of the biggest questions surrounding Traditional Chinese Medicine (TCM) are: what is TCM and how does it work? TCM has been around for thousands of years, so it obviously works, but scientifically measuring it is quite tricky, so how exactly does TCM heal?

The first hurdle to jump when thinking about TCM is the difficulty of scientific study.  This is because TCM is a healing system that focuses on the person as an individual – as a whole.  For example, in western medicine a detailed history is taken and some tests are done and a person is diagnosed with type II diabetes and he is then prescribed insulin injections and is usually given dietary recommendations.  In Chinese Medicine, a detailed history is also taken and special emphasis and more detailed questions are asked about the specific presenting symptoms that the individual has.  These symptoms are clustered as to their presentation within the body, leading to a diagnosis that is individualized for each person.  The treatment administered is therefore also individualized, from the acupuncture points and herbal treatments to the lifestyle and dietary advice given.  Because of the personal nature of this type of medicine, it is difficult to do research.  That being said, in the last 50 years or so there have been many studies done with careful attention being paid to the controls in each study in order to show the effectiveness of TCM to the world.

A second hurdle in understanding Traditional Chinese Medicine (TCM) is understanding the language that TCM uses. TCM is a microcosmic-macrocosmic system that reflects our environment and our world as a whole.  It sometimes uses metaphorical terms to describe what is happening within the body.  For example, a person presents with ‘heat’ in the body will show symptoms that can include a hot sensation and preference for cold drinks.  Do you see the correlation between what we see as heat in the environment and how heat can manifest in the body?  Constipation and dark urine can occur if the heat as burned out the body fluids.  Red and burning sensation in the head and eyes (versus the feet) can occur since heat rises in nature.  This concept is easily grasped when compared with ‘cold,’ where symptoms such as cold sensation in the body with a preference for hot drinks, diarrhea, and a pale or dark complexion (think blood going to the torso to ensure proper functioning of the organs causing colour to fade, or think of darker complexion as what happens with frostbite).  Other terms you may hear are: wind, dampness, phlegm, stasis or stagnation, deficiency, and excess.  The understanding of all of these concepts comes when we look at how they interact within the environment around us, which interact similarly within the body.

Let’s try another example: dampness.  When you think of dampness in the environment you would probably think of a really humid summer day.  The kind that makes you want to lie on the couch because going outside makes you feel uncomfortable and heavy.  When a damp pathogen enters the body – or is created within the body, the same sorts of symptoms tend to appear: heavy feeling in the body and lethargy.

There are also the concepts of Qi and Blood.  According to Traditional Chinese Medicine, Qi, Blood, Essence and Body Fluids are the fundamental substances which make up the human body.  They are the material basis for the physiological functions of the organs, meridians, and tissues.  Qi is the substance of vitality.  It flows constantly and energetically and is the basis for maintaining life activities.  Its physiological functions include promoting, warming, defending, consolidating and transforming.  Blood, on the other hand nourishes and moistens the whole body and is the substantial basis for mental activities.  Qi is the commander of Blood and Blood is the mother of Qi.  Qi pertains to yang and Blood pertains to yin.  According to the Rational Knowledge Based on a Thorough Inquiry of Medical Rule (a TCM classical textbook) states that “Qi and Blood work in coordination with each other.  When Qi is warm, Blood is warm.  When Qi is cold, the Blood is cold.  When Qi is ascending, Blood is ascending.  When Qi is descending, the Blood is descending.  When Qi is stagnant, Blood is stagnant.  When Qi is impeded, Blood is impeded.  When Qi is clear, the Blood is clear.  When Qi is thick, the blood is thick as well.”

Some of the most commonly known concepts in Traditional Chinese Medicine are those of Yin and Yang.  They are some of the basic theories of Chinese Medicine and are derived from age-long observations of nature and describe the way phenomena naturally group into pairs of opposites.  Though these pairs of opposites are also mutual complements in the sense that they depend on each other to exist and counterbalance each and are at the same time mutually convertible.  All phenomena in the universe may be ascribed to Yin and Yang.  Each individual phenomenon possesses both a Yin and Yang aspect.  In Chinese Medicine, the concepts of Yin and Yang are generally used to categorize both anatomic parts and physiologic functions, for example, the back is Yin and the front is Yang, the exterior, excess and heat disease patterns are Yang while interior, deficiency and cold disease patterns are Yin.

The concept originated early on and the terms simple referred to whether or not a place faced sunlight.  The place that faced sunlight or was filled with sun was called Yang, while the place that faced away from the sun was called Yin.  Later, the ancient Chinese gradually observed that some pairs of things could be similarly objectified in the natural world such as heaven and earth, sun and moon, day and night, cold and hot. All things and phenomena in the universe exist due to the mutual struggle and change between Yin and Yang.  The movement and change of Yin and Yang are manifested in the opposition and restriction, mutual dependence and utilization, wax and wane and mutual transformation of Yin and Yang.

When diagnosing disease one of the first aspects that are looked at are the relationship of Yin and Yang in the body and the excesses or deficiencies that may present.  Yin and Yang can be used to describe interior and exterior, deficiency and excess, cold and heat, lower and upper, Blood and Qi, stasis and movement, old and young and all diseases can be divided into Yin and Yang.

When we talk about our organs in Traditional Chinese Medicine, while they have a similar (but not entirely the same) physiological function to the organs in Western Medicine, they also possess their own movements and have their own characteristics or personalities, likes and dislikes that are interrelated with their functions.  For example, (remember to think in Chinese Medicine terminology) the Liver dominates conducting and dispersing, especially of Qi and Blood.  It is the Liver’s job to ensure that there is free flow of Qi and unobstructed movement of Blood within the body.  Thus, it is said that the Liver likes free flow but dislikes stagnation or depression.   This is a basic overview of the Liver and most certainly does not cover all of its functions, it is just to give you an idea of the broader scope of the organ’s definition compared to that of its western counterpart.  The other organs include the Lungs, Heart, Spleen, Kidneys, Pericardium, Triple Burner, Small Intestine, Large Intestine, Gall Bladder, Stomach and Urinary Bladder.  To cover the basics of each organ could turn this blog post into a text book!

Each of the organs is correlated with a channel or meridian.  Meridians are the pathways in the body from which the Qi, Blood and other substances of each organ are distributed around the body and where the body distributes these essentials back to.  Each meridian encompasses an area of the body in which are nerves, blood vessels, muscles, etc.  Each meridian is connects to another meridian at the fingers and toes and thus forms a cycle of movement throughout the whole body.

So, if we take the concepts of the external and internal pathogens (wind, cold, heat, dampness, etc.), Yin and Yang, Qi, Blood and Body Fluids, and the organs and their meridians, we have a basic view of the Chinese Medicine body.  All of these concepts interrelate with one another and cause their own respective symptoms when they are diseased.  There is so much information about each person that is examined when diagnosing a patient!  This is why finding a quality Acupuncturist, Chinese Medicine Practitioner or Chinese Medicine Doctor is so important.

It should be noted though, that according to TCM, the highest form of medicine is PREVENTION.  It is important that those little nagging pains or discomforts get treated quickly.  Leaving the little problems can lead to bigger problems later on that can be more difficult and more time consuming to treat.  Balance is easier to recover when there are small imbalances.  Living life balanced and in harmony with ourselves is the ultimate goal of TCM

If you have any questions or are looking for more information or would like to see a specific topic covered, please contact us.