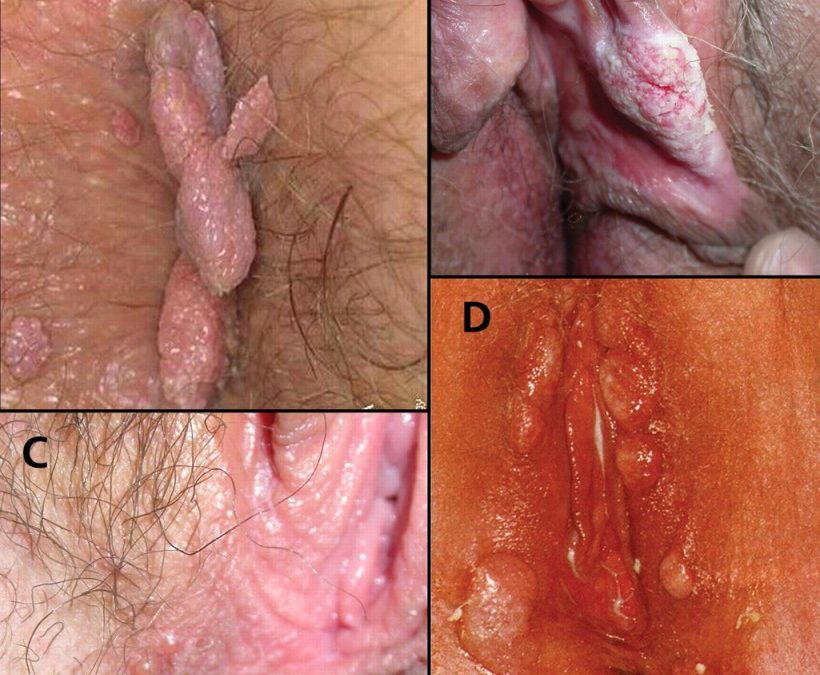 Vulvar Neoplasia indicates an abnormal proliferation of cells in the vulva.  This is one of the symptoms of  HPV.

See  Cervical Intraepithelial Neoplasia for a thorough introduction on vulvar neoplasia and more information on abnormal cell proliferation on the cervix, also known as cervical cancer.

Why be treated with invasive western therapies, when Traditional Chinese Medicine offers holistic treatment in the fight against HPV?

VIN commonly presents in young women, often in their 30s and 40s. It tends to be multifocal and is strongly associated with cigarette smoking. The similarities between the warty and basaloid subtypes are numerous and include association with high-risk HPV types, particularly HPV 16, multicentric involvement of the lower genital tract, absence or near absence of p53 expression (involved in tumor suppression) and premalignancy (although regression is less likely and progression to invasion more likely with the basaloid type). While warty-basaloid VIN has been divided into basaloid and warty subtypes, a distinction which may be clinically relevant, the reproducibility of this subclassification has not yet been proven

The term “genital warts” is commonly applied to lesions secondary to low-risk HPV types, particularly HPV 6 and 11; they cause about 90% of external HPV lesions. Because these are due to low-risk non-carcinogenic HPV, they are rarely associated with cancer. The only exception is the very rare verrucous (Bushke-Lowenstein) carcinoma, which is due to HPV 6.  Condylomata acuminata may resolve spontaneously without treatment due to immune regression. Reported rates of spontaneous regression are about 17-20% per every 3 months of follow-up. However, some may persist for many years.  Any genital wart that does not respond to treatment should be biopsied to exclude cancer or precancer (VIN3).

Despite the high-grade histologic appearance, these lesions may also resolve spontaneously and often resolve with the same treatments commonly used for condyloma acuminata and other HPV lesions caused by low-risk HPV types.  Although some regress, since progression to cancer can occur, all high grade intraepithelial neoplasia should be treated.

High-grade precancer at-risk for invasion (VIN3, PIN3) is most commonly a solitary lesion that is larger than the more “acute” multifocal papules described above, or may cover large areas of the external genitalia with thickened, flat, often multicolored (red, white and pigmented) epithelium. Such lesions require either multiple biopsies to rule out invasion prior to laser ablation, or excised in their entirety.

In terms of presentation, HPV-related VIN (VIN usual) tends to be asymptomatic and is often discovered at the time of evaluation for an abnormal Pap smear or genital warts. Lesions may occur anywhere on the vulva, including the periurethral and perianal areas, and are often multifocal. Lesions are usually elevated and have a rough surface, although flat lesions can be seen. The color can be brown, white, gray or red. Biopsy of any suspicious areas should be liberally undertaken. Because multicentric disease is commonly encountered, particularly in younger women, a complete exam should include the cervix and vagina. Up to 50% of women with VIN will have antecedent or concomitant lower genital tract neoplasia, usually cervical or vaginal intraepithelial neoplasia.  Vulvoscopy can be of help to magnify diseased areas. Vascular changes seen on cervical colposcopy are often not seen on the vulva.

In contrast, differentiated VIN occurs in older women, often in the setting of other non-neoplastic epithelial disorders such as lichen sclerosus, lichen simplex chronicus, or lichen planus. Patients are usually symptomatic, with a long history of pruritus and burning. Biopsy should be done on irregular lesions, erosive or ulcerative areas, hyperpigmented and fixed or indurated lesions. The signs and symptoms of early invasive vulvar cancer are similar to those of symptomatic VIN. As invasion proceeds, a distinct tumor is likely to be recognized. The most common signs are red, pink, or white bumps, often with rough or eroded surfaces. A persistent, non-healing ulcer is also another presenting sign. Bleeding may be present. About half of the women with vulvar cancer complain of persistent itching. Other symptoms include pain, burning, and dysuria. Verrucous carcinoma, another subtype of invasive squamous cell.vulvar cancer, appears with cauliflower-like growths similar to genital warts.

The treatment of VIN has varied from wide excision to the performance of a superficial or “skinning” vulvectomy. The therapeutic alternatives for VIN are simple excision, laser ablation, or superficial vulvectomy with or without split-thickness skin grafting.

There are multiple treatment options for genital warts available for most regions of the lower genital tract.

Topical chemodestructive agents are applied by a clinician applied, Tri-(or Bi) chloracetic acid (TCA or BCA), Podophylli, Cryotherapy, Electrocautery, and Laser.  There are also treatments available for home use including Condylox or Sinecatechins 15% ointment (Veregen).

There were some descriptions about warts in the Huang Di Nei Jing stating that if “there is a hand Shao Yang deficiency, warts occur.”  In his book ‘Essence of External Diseases (Wai Ke Shu Yao), Dr. Xue Yi during the Ming dynasty wrote “warts on Liver and Gallbladder meridians were caused by Blood deficiency with wind-heat, or anger bringing about Liver fire, external pathogenic factors target Liver meridian, and Kidney water drying up…”

Warts clinically manifest as long-standing and easy to reoccur are related with deficiency of Zheng Qi. Zheng Qi deficiency was primary, and Xie Qi invading was secondary.  Individually, each patient has different disease patterns and from the symptoms and sign manifested the pathogenic changes of  wind-heat, Blood stasis, and dampness accumulation. Generally, the interplay of those pathogenic changes causes complicated manifestation.

From the warts’ color, shape, and distribution and whole body symptoms and signs, differentiate the syndromes.  There are wind (damp)-heat syndrome, Qi stagnation and Blood stasis syndrome, dampness accumulation with Spleen deficiency syndrome, deficiency of Liver and Kidney syndrome, etc.

CIN infections are a manifestation of an internal deficiency and an external pathogen attacking and Chinese Medicine targets both to provide a holistic treatment.